Edyta Mąsior was born in Poland in 1977. Her early years were spent with Maria Sękala in Chrzanów.

She is an artist and academic teacher, working at the Faculty of Graphic Arts at the Jan Matejko Academy of Fine Arts in Cracow, Poland.

As an artist she has developed her artistic practice within different fields of traditional as well as new media arts. While her early training consisted of traditional techniques in visual arts, this experience would eventually lead her towards an interest in new media arts, which has since developed into a creative practice in time-based media works. Her visual and sonic media artworks draws attention to communication and perception processes, as well as explores the intersection between art and technology by way of interactivity, predominantly with installation environments. Her research addresses media translocations in the definition of modern art transformations.

Her academic background includes completed studies in her native country, as well as abroad. Her Habilitation (dr hab. / post-doctoral degree) was awarded by the Eugeniusz Geppert Academy of Fine Arts in Wrocław, Poland. She concluded her PhD in Intermedia at the Jan Matejko Academy of Fine Arts in Cracow. She obtained her MA in Digital Arts (Postgraduate Programme Studies) at the Athens School of Fine Arts. She attended Modern Greek Language courses at the National and Kapodistrian University of Athens. She holds a Master of Arts degree at the Faculty of Arts at the Pedagogical University of Cracow, becoming the first student there to receive the Erasmus / Socrates scholarship to study at the University of Crete.

Her research and practice have been presented at conferences, in solo and group exhibition and as well as festivals both in her native country and abroad. 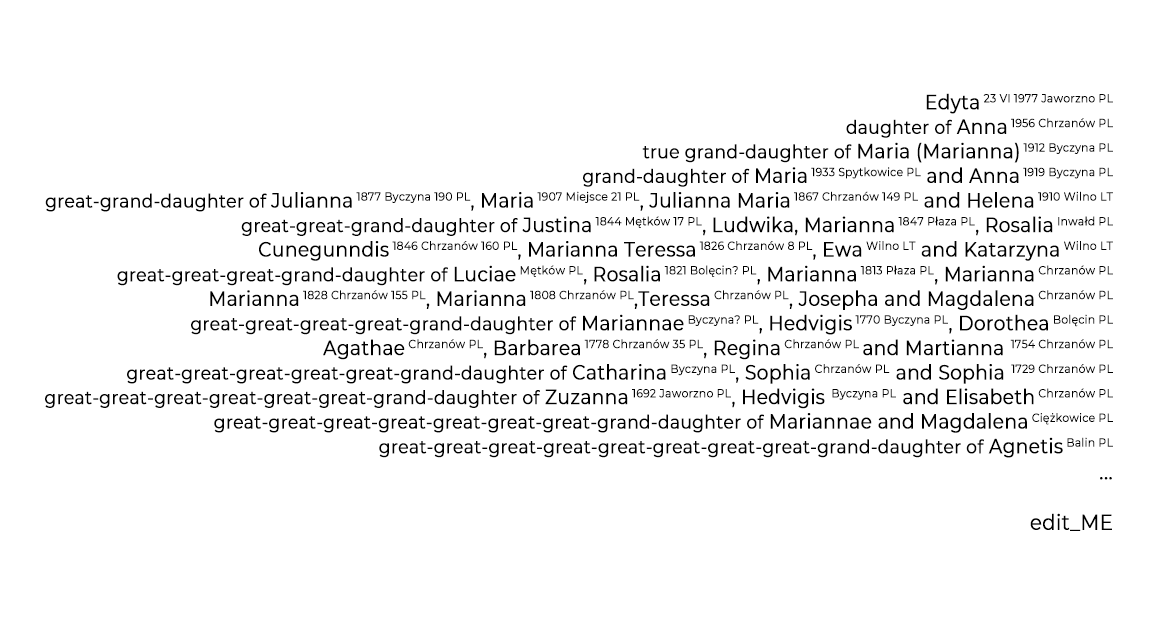 Edyta Mąsior visual artist welcome to the website
This site uses cookies. By remaining on it you agree to their use in accordance with current browser settingsX